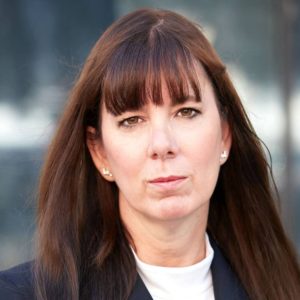 Amber Gordon has always been dedicated to criminal defense.  She has represented numerous people through the criminal justice system who were accused of offenses including catalytic converter theft, domestic violence, torture, police shootings, robbery, narcotics trafficking, and homicide.  Ms. Gordon has dedicated herself to studying the intricacies of California's STEP ACT and gang crimes and has worked with some of the state's top experts in gang and organized crime allegations.

Ms. Gordon studied both political science and psychology at Clark University in Worcester, Massachusetts and later at the University of San Diego, where she received a Bachelor of Arts degree in both.  Ms. Gordon's studies focused on argument, story-telling, cognitive psychology (which includes the study of unreliability of eye-witness testimony, the fallacies of light-bulb memories, the intricacies of memory, and perception.). She conducted independent research on the effects of race in jury decision-making, particularly as it applied to application of the felony-murder rule and imposition of death sentences at both Clark University, a private liberal arts college in Massachusetts, and at the University of San Diego, a Catholic University in San Diego, California.